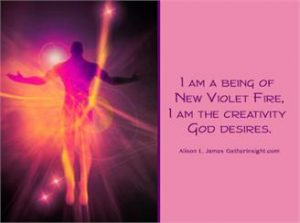 It is inspiring and comforting to know that so many enlightened souls have trodden the solitary path towards Self Mastery, through the route of Sovereignty — including Master Merlin. Masters, whether in or out of form, emblazon us like beacons of light on a hill, encouraging us to do likewise. In my conversations with Merlin, and also while channeling him for others, he regularly advises “keep coming forward” and “don’t worry about a thing.” While these pieces of advice appear to be simple statements, they are not solely intended for a few ears, rather they are for everyone.

There are several things tacitly implied through these two recommendations. By the first, that one can progress in life and must strive to do so, come what may. In other words don’t go backwards, repeating what no longer serves; discard the worn-out shoe, there are other shoes to be had. And by the second, that it is ill advised to spend time in negative contemplation about anything, for more negativity will be drawn to you. Cast negative influences, thinking and feelings aside and focus on the positive for there is a positive outcome awaiting you.
When we find ourselves in the midst of energies, situations, emotional currents and intellectual stimuli of all types beyond our comprehension, experience or liking, it is helpful to remember that all that comes before us is for us. We can always receive guidance, internally and externally, to help us heal, evolve and understand our challenges. I often find myself led to certain teachings or written works that, thanks to the synchronization occurring within the Divine Plan in my life, are sitting on my shelf ready to answer a question that is before me. Divination is always at work if we will but get still for a moment! The answer to life’s mysteries awaits us.

While moving through a personal spiritual reboot and a Saturn return of late, I have discovered that many others have been moving through some intense times of transformation also. It  begets the question: “Why are the energies humanity is experiencing right now so intense in their triggering of all manner of reactions, and how long will it take us to move through them?”  I was led to a favorite book of mine: The Seventh Ray: Revealer of The New Age (published 1995) written by Alice A. Bailey (June 16, 1880–December 15, 1949) in collaboration with Tibetan Master Djwhal Khul, a collaboration that lasted for over thirty years. I quote:
“Humanity is living through the period of transition between the outgoing Piscean age, governed by the sixth Ray of Devotion and Idealism, and the incoming Aquarian age, ruled by the seventh Ray of Order and Organisation.”

My purpose here is to share my thoughts on the significance of the Sixth and Seventh Rays and how they are affecting us collectively at this time. While the knowledge of the Seven Rays has been expanded to including twelve rays, I am discussing here the Sixth and Seventh.Knowledge about the Universal Seven Rays appeared in the teachings of Theosophy through the writings of Madame Helena P. Blavatsky (August 12, 1841-May 8, 1891) who, with Colonel Henry S. Alcott (August 2, 1832-February 17, 1907), co-founded a research and publishing institute called the Theosophical Society in 1875. Mme. Blavatsky defined Theosophy as “the archaic Wisdom-Religion, the esoteric doctrine once known in every ancient country having claims to civilization” and she considered herself a missionary of this wisdom. It was her mission “to form a nucleus of the Universal Brotherhood of Humanity, without distinction of race, creed, sex, caste or color” in what is now referred to as the New Age Movement. According to Mme. Blavatsky, syncretism, one of the core principles of Theosophy, maintains that the Spiritual Hierarchy is assisting humanity to evolve to greater perfection (to which I can personally attest) and that each religion, has a portion of the truth (as I have espoused in Merlin and The New Camelot). Of course, our active participation is required to bring the New Age Movement forward.

Earlier writings introducing the concept of the rays appeared in the Sixth century BCE in both western and eastern writings. The ancient Vedic literature of India associated the Seven Rays with the Seven Rishis, the great seers who attained God realization. There have been many teachers and writers in the west who have subsequently promulgated and developed the concept of the rays. Among them was Theosophist Charles W. Leadbeater  (February 16, 1854-March 1, 1934) who gave us a concept of the principles, consciousness, gifts and energy (or magic) of each ray.

The term “Magic” in each case refers to the transformational quality of the particular ray. Further attributes and qualities were accorded, partly through Alice A. Bailey, and others, as  summarized below (Source: Wikipedia.org). It is important to understand that there is a “magical” layering and interweaving of the Rays of the Universe that brings about an adjustment from the Godhead, stepped down to us through syncretism. In order to understand the increase and expansion of energies we are experiencing at this time, it is helpful to understand the impact of the Sixth and Seventh Rays upon humanity.
Per Ascended Master Teachings:
The spiritual hierarchal forces have evolved and been at work in all our lives. Angelic beings that are assigned to each ray. The Masters assigned to the rays do not embody exclusivity, rather in Oneness it is their designated role at a particular time to focus certain energies to humanity and universally, according to the mandates and laws of the Spiritual Hierarchy. All the rays are present with us, infusing us with their consciousness and intermingling to bring about the Ascension of humanity to higher levels of awareness. Each of the Rays works with a different chakra. The Rays are not limited to working in a linear fashion, one after the other, but with our entry into the New Golden Age, we are learning to embrace them more fully, to truly “walk our talk” and to embody their essence.
Sixth Ray: We can see from the charts that Lady Nada’s and Lord Jesus’ mission with the Sixth Ray is focused on Peace, Service and Brotherhood, and St. Germain’s mission with the Seventh Ray is to establish Freedom, Alchemy and Justice — I write of and refer to these attributes in the highest and broadest sense. As we move out of the Piscean Age, we can understand logically that the Sixth Ray is acting as a foundation for the integration of consciousness of the Seventh Ray of Peace, Service and Brotherhood as embodied and demonstrated by Jesus himself. Peace, Service and Brotherhood have become watchwords as we birth the New Golden Age, although we have yet to see these energies fully applied on a global scale. Without them, Freedom, Alchemy and Justice, another tier of consciousness, cannot be properly understood and implemented for our new reality.As we are aware, Devotion and Idealism oftentimes became polarized and perverted by many religions and cult groups in the Piscean Age and the true understanding of Devotion and Idealism was lost. A devotee waiting on the word of a Master can abase himself, not recognizing his own self worth and by placing another on a pedestal above him. For lifetimes, many have lived in fear and trembling seeking refuge in religion rather than realizing, as we have been so gifted at this time to know that Divinity that lies within ourselves, and indeed in All Things. The true and proper understanding of the Devotion and Idealism of the highest consciousness of the Sixth Ray, as we can appreciate today, is leading us to our very own Ascension.

Seventh Ray: As the consciousness of the Seventh Ray becomes more integrated by humanity, it appears that the extreme applications on Earth of the Sixth Ray are being adjusted. It is part of the Divine Plan. The Violet Ray (the Seventh Ray) is, of course, otherwise known as the Violet Flame of Alchemy and Transformation. It is common knowledge that St. Germain, who oversees the Ascension of our planet and humanity, brings to us the dispensation of the Violet Flame, to assist the transmutation of our negative energies. Calling upon such powerful energies is a simple yet potent ritual that will help us to “keep coming forward.” (Click here to see my former article on the Violet Flame) With its daily invocation, a way is paved to enable you “not to worry about a thing” as Merlin so stated. As is always the case with the removal of unwanted matter, after removal it is necessary to instill or create a corrected pattern of light; the New Violet Ray facilitates this process.

The Seventh Ray brings, therefore, a call to action, (the motivating force of Aries) to bring to others what you know is within you and to allow the power of the Divine to unfold through you. Creation is balance in motion, beyond duality. It is owning your God-given gifts and talents and expressing them outward. It is recognizing and living from your center of being, your heart. All creation and beauty belongs to God; we are vessels of their manifestation. The beauty of form, thought and action that we witness in others inspires us to create miracles of transformation in our own lives. We affect each other by all that we do. Spending time in Nature naturally brings us to the essence of All Things, to the Oneness of the Universe and assists the realization of our own Divinity. This Self knowledge and experience frees us, liberates us and transforms us. We have long waited for this time and opportunity.Seat of the Soul: I draw attention also to the fact that the Seventh Ray aligns us to the Seat of the Soul at the second chakra. What is the Seat of the Soul and why is this pertinent for us now? The soul is the eternal part of you that goes on in spirit, after you leave your form, body and mindset. It is not your five senses. It is the essence of you and your multi-dimensional consciousness. From a human perspective, the Seat of the Soul represents the potential of you into which you are expanding through your life on Earth and it rests and develops through the power of creation of your second chakra.  The Soul expresses itself through your being and is your being; it imbues you with an impetus greater than you.
During the Piscean Age humanity was shown by so many enlightened beings to align the individual will with God’s Will, at the third chakra. As we now integrate both the Sixth and Seventh Rays more fully, we can understand that we are the ones walking out God’s will on Earth. We are the ones we have been waiting for. The overlap of these Rays is bringing us in alignment with our God Self, our Divinity, to birth the Aquarian Age of Universal Christ Consciousness — if we so choose. As we experience more fully the Sixth and Seventh Rays, we are developing our own ideologies and a true sense of devotion of what is right, who we are, how we affect each other and how we can serve ourselves, each other and indeed, the collective. We are learning to be free from fear and limitation and to create from our individual hearts our new shared world of the Golden Age of Light with grace.
* Courtesy of Diamond Light Heart Harmony.