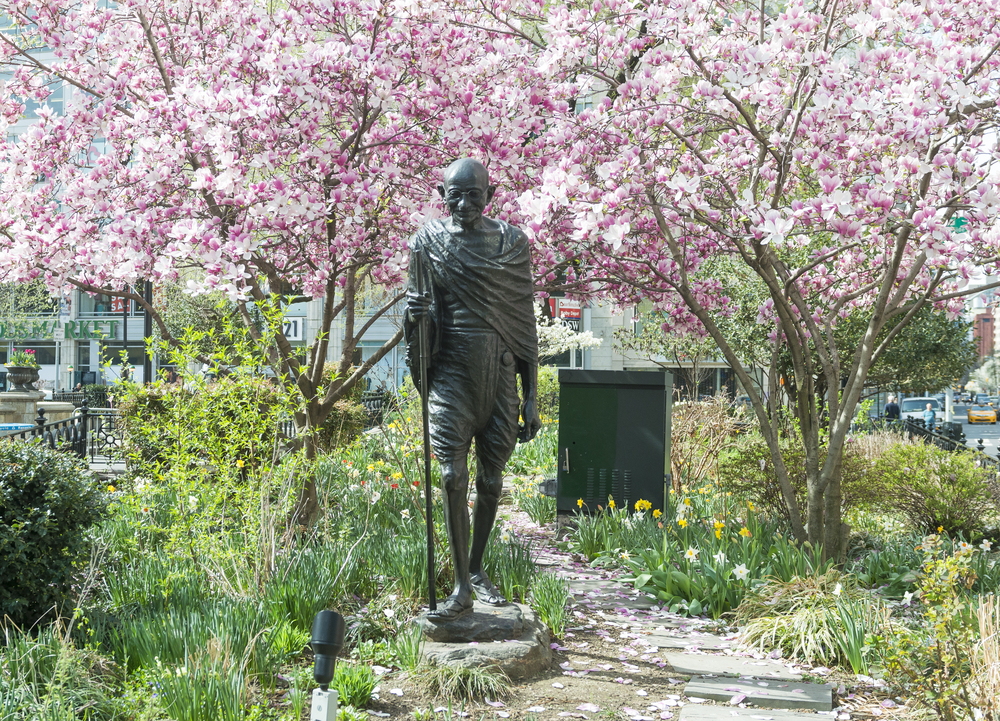 How I recall with fondness and love the challenges and experiences I encountered when I walked the Earth as Myrrdin. The beauty of Nature on the outside always buoys the spirit on the inside as one walks one’s path of destiny encountering the requisite lessons of life. One great master and overcomer was Mohandas Karamchand Ghandi, otherwise known as Mahatma (meaning “a great soul”) Ghandi (October 2, 1869 – January 30, 1948). He presented himself and his philosophy to the world with devotion, conviction and in great humility. His message of Peace and Non-Violence was intended to unite the Hindu and Muslim populations of India as India sought to regain sovereignty and become one independent nation after the end of British rule. Ghandi is still admired and followed by millions and I recall his legacy here.

Ghandi walked his talk. He was selfless above and beyond the call of duty. In India, he called for the uniting of Hindus and Muslims, he starved himself close to death in order to establish peace, but ultimately they could not agree. Despite the longevity of both religions, India could not overcome its religious divide and Pakistan was born in 1947 for the Muslim population. Tensions in your own world are erupting in much the same way today. The need for acceptance of your fellow man, respect for his different point of view and peaceful cooperation to form a united front are before you now. While such struggles continue in many nations around the world, we encourage you to quell your own inner war so that you may embrace all religions, all people of all color and ethnicity and work to ensure that the elite few do not benefit from their overbearance of those of lesser strength, education and economic status. Inclusivity is the key. You, as lightworkers, from your heart centers of love, harmony and balance, may tip the scales of this time of great shift from “me consciousness” to “We Consciousness”. Your love, your devotion and action is of great influence as humanity moves into a new world order of Love and Light. Each one of you is as important as the next person. You matter. We give thanks for your loving hearts and intentions and we hear your prayers. No matter how things look on the outside, It is your hearts that bridge the divide.

Standing next to you in Love and Devotion,
Master Merlin