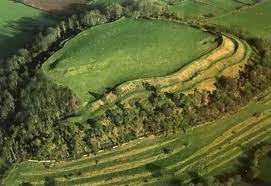 ‘All for One, One for All’ is no Arthurian artifice. It is as real as the hair on your head (assuming you have some!). From the highest celestial realms within the Universe to the lowliest creature on Earth, ALL operates within the consciousness of the One. Energies infuse energies and transmute. The consciousness of the past remains transmogrified in land, water and air. You may remember the ancient lands of Mu, Lemuria and Atlantis but find yourself in Australia, India, the Americas, Europe, even merry olde England, indeed anywhere around the globe. Time and place may be encapsulated in ruins and memory, but consciousness always remains, embedded in All There Is. The Divine Plan is at work throughout all kingdoms known to man — and beyond — at all times.

As prayer flags send out their transcendent messages on the winds that blow around the globe, so too does Christ Consciousness permeate the Universe. It exists and awaits your treasure hunt to find the microcosm within the macrocosm, and the macrocosm within the microcosm deep within your heart. The life you desire, the world you would create already exists in consciousness. The Camelot of old was set in motion by the hearts of those who understood the pure and simple tenets of that society.  No man is an island. He exists within an ocean of currents, energies, emotions, ideas and all that exists in his world. Now is the time for the rebirth and re-emergence of Camelot into The New Camelot.

Remove the limits, look above and beyond. If you can think it, you can create it. Magic is a spell locked up in your heart, awaiting your discovery and unraveling of expressions for the good of All.  Thinking the negative blocks insight and imagination. The New Camelot already exists and awaits your integration and cooperation, Let us step forward together, Above and Below, in the love and knowledge of  ‘All For One, One For All’.

With the Great Love of the Universe,
Master Merlin