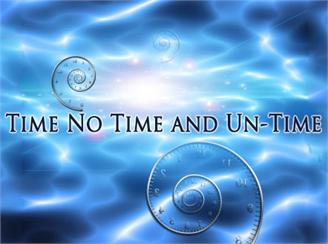 As we, the collective of humanity, progress towards the Shift of the Ages on the Winter Solstice of December 21, 2012, completing the 13th baktun of the Mayan calendric long count and  closing the 26,000 year cycle of Planet Earth, our beloved blue planet is moving through the Photon Belt and aligning ever more closely with the Dark Rift at the center of our Milky Way Galaxy. From our viewpoint, the Dark Rift is a very large area through which we have drawn a straight line, the galactic equator. Where a projected line from the position of the Winter Solstice intersects with the galactic equator lies the upcoming 12/21/2012 Grand Galactic Alignment.

From our geocentric perspective, we have observed the movements of the stars and planets through the skies, farmers have sown seeds and harvested crops, dancers have woven ribbons around the maypole and we have incarnated many, many times. During our annual 365 1/2 day year existence, we are not physically aware that the Earth speeds around the sun at 67,000 m.p.h.; Earth’s gravitational pull and its magnetic field shelter us. We are blessed with a world whose purpose and abundance far exceeds our human understanding. The Grand Galactic Alignment is waking us up.

For example, if you were to stand upon the face of the moon that always faces Earth (the moon does not rotate) your moon year, based on its orbit of the Earth, would be 27.32 days. Gargantuan Jupiter, a gas giant the equivalent of 318 Earth masses, takes 12 years to orbit the sun, and Pluto takes 248 years. The cycles of Time on the various planets necessarily would appear quite different. Even the stars themselves have individual life spans. When light from a star reaches us, from the perspective of that star, what is happening to us is already history. We can conclude that Time is relative.

Whether we count the days of our Earthly presence in accordance with the Gregorian Calendar, the Mayan long or short calendar or according to the elliptical progression of equinoxes, we are utilizing a mathematical premise for measuring time. Whatever your wont, Earth’s space-time continuum has been commonly understood to be the Euclidian space perspective, i.e. the universe having three dimensions of space and one of time — this name Euclid being derived  from the Greek mathematician Euclid of Alexandria.

Over time, our linear mathematical perspective has held us in a spell of logic, giving us our earthly perspective of Time. On Earth, as we move physically from ‘A’ to ‘B’ taking ‘X’ amount of time, we move along a linear timeline, metaphysically forward to the future and theoretically backward to the past within 3D. No Time, then, is where our earthly past is recorded within our DNA, it is a timeline forward and backward. When we leave our physical form and transition out of Time, we carry cellular memory beyond logical timelines, from No Time. From a human perspective, we can also understand that in Spirit, we are beyond Time.

The spell of Time has held us in an illusion and is, I believe, part of the reason for man’s arrogant thinking that he is the center of the universe. Science tells us now that when we look at earthly forms and structures, e.g., at a wooden table and chairs, they appear real and solid to us. Knowledge of their sub-atomic structure reveals however, that their molecules are not static. We can conclude that things are not entirely what they seem. We are awakening on deeper levels to the truth about ourselves too.

Fortunately for us, the Grand Galactic Alignment is bringing so much light and a higher consciousness to us that we are once again remembering our own connection with the Universe and our multi-dimensional presence. We are moving into 5D and beyond. We are remembering that we are, in fact, light and consciousness, and love, and part of the Divine Plan of the Universe.  We are awakening to these truths and to our connection to the Earth and the Universe. We are recovering from a more than 2,000 year aberration that we are separate from All There Is. Miraculously, multi-dimensional awareness and unconditional love are coming center stage at this time of the Grand Galactic Alignment.

By definition, in Un-Time we are not limited to an earthly perspective. In Un-Time we are aware of our energies in other universes and other dimensions. In Un-Time we realize that we are Spirit beings of Universal and Unconditional Love; our thinking and consciousness, and our love, transcend the human constructs that we have lived by so laboriously. The Grand Galactic Alignment is helping us to collapse the old parameters of Time that have governed us on Earth and to birth a world built on the precepts of Universal awareness. As our beliefs, behaviors and emotional patterns change, so mass consciousness will change and help steer Mother Earth further on her path of Ascension, taking us with her.

When the human collective realizes and accepts these constructs as true, like a table and chairs, what an amazing world Earth we will create together. Every idea is conceived of twice, first in Spirit, and then in mind of man. What man can perceive, man can achieve. Therefore, in order to create our new world, we must be in the now, knowing we are Spirit, receiving what Spirit has in store for us. By realizing our I AM Presence we become increasingly open vessels in service to Universe. There is no time like the present to be a creator, not believing in lack or limitation or living in the past.

The sands of time will tell: it’s just a matter of Time, No Time and Un-Time. ~ Alison L. James