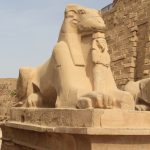 In the grand scheme of things, also lovingly referred to as the Divine Plan, civilizations and nations have risen and fallen as the continents of the planet have shifted in placement, size and formation over aeons of time. In man’s evolution, as he slowly became more densified in form and less aligned with the higher spiritual realms that he enjoyed in Motherland Mu and Lemuria, in Atlantis he was tempted into a greater materiality and densification by the egoic, shadow side of his nature. As the lands of Atlantis began to recede and sink, those masters and beings of light who had maintained the Universal Flames of Light in the Atlantean Temples and inspired the hearts of Initiates, made plans for the transfer and colonization of those souls who were prepared to begin anew in other lands around the globe. One such destination was the land of Egypt lying due south of the great river delta, formed in the shape of a 90 degree quadrant of a circle, that came to be known as the city of Alexandria, where the River Nile of the African continent flowed north and reached the Mediterranean Sea. The regions of both the Lower and Upper Nile, that underwent their own evolution and history, eventually joined into one great nation, Egypt (c. 3200-3100 BCE).

The lion and the hippopotamus once roamed the banks of the River Nile as the annual flooding of its waters carried a rich silt that enabled flora and fauna and thus man himself to flourish. While ecologies and landscapes continue to ebb and flow around the world today under burgeoning climatic changes, Ancient Egypt still remains etched into our cellular memory as a place of great beauty, architecture and a seat of power. Of particular note in our quest for Ascension, Ascended Master Serapis Bey transferred the Flame of Ascension from Atlantis to Luxor (Thebes) in Egypt where the temples there are aligned with great latitudinal harmonics. Today, Luxor and many other sacred temples, pyramids and sites along the Nile still provide a series of portals and energies with which we may once more interact, heal and align with the higher realms as we prepare in soul, mind and body to achieve Ascension for ourselves and the planet.

The longevity of Egypt from Paleolithic and Neolithic periods up to modern day, including its periods of great rulers (both warring and peaceful) during 31 dynasties, its Islamic, Turkish, Coptic periods, and periods of French and British control, is a testament to Egypt’s desirability continuing over time as a strategic, cultural and economic center. Monotheism evolved here with an ensuing global awareness that spread. Many souls on Earth, including the Ascended Masters, incarnated multiple times during Egypt’s history as great wisdom, learning, writing and spiritual evolution took place there. It is important to remember as we revisit such well-trodden sites, that while civilizations may have come and gone, energies persist and are still evolving in the higher realms, mixing and ascending within the Universe to a greater level of harmony. We assist this process on Earth through our own expansion and we derive benefits ourselves from visiting such historic sites. With the assistance of the Ascended Masters, we too can call expansive energies forth. Our presence and energies upon Mother Earth form a bridge for the grounding and growth of energies both above and below.

In addition to the geodesic alignments described above, the consciousness of humanity is being raised by the infusion the loving energies of the Divine Feminine. This is tipping the scale of re-harmonization and re-centering in humanity worldwide. The great mother goddesses of Egypt, Hathor, Isis and Sekhmet together with Lord Mary of Buddha in the West, and a multiplicity of others, are bringing about a rebalancing and alignment within humanity through Love. From the higher realms such energies are centered at the Temple of Isis in Philae and the Hathor Temple in Dendera and at other temples that we shall visit along the Nile.

Beyond time, come step with us where Masters, Initiates and spiritual seekers have walked in Egypt, aligning with the constellations and planets, in order to remember your origins and to fulfill your mission upon Earth. If you feel it is time for you to embrace Egypt once more in your journey of Self, to realize your dream, come join us January 10-21, 2020, as we learn to transcend space and time in the Egyptian temples of Light.